The central body of BNP’s student wing Jatiyatabadi Chattra Dal (JCD) has annulled its Chittagong University unit - around six years after its formation.   A press release signed by the central committee’s office secretary Md Jahangir Alam said this on Friday. “The date expired committee of the Chittagong University JCD unit was annulled to form a new committee as per the decision of the central committee,” the release said adding that central President and General Secretary Kazi Rawnakul Islam Sarbon and Saif Mahmud Jewel respectively approved the decision. Necessary measures will be taken to reform the grainsizing committee, it read. Read more: JCD have to repent for their statement to enter DU campus: Al Nahiyan Khan Joy A 69-member committee with Khorshed Alam and Shahidul Islam as president and general secretary of the CU unit was formed in October, 2016. Later, a full-fledged committee comprising 243 members was also announced on May 18, 2018 but its activities on the campus were not seen remarkably. The Bangladesh Chhatra League has lifted its suspension of the Eden College committee. The organisation announced this in a notice signed by its central committee President Al Nahiyan Khan Joy and General Secretary Lekhak Bhattacharjee Wednesday. Following fights between two factions of the organisation, the ruling party's student wing halted the activities of its Eden College committee on September 26. Chhatra League also expelled 16 leaders and activists, including its college unit general secretary from the organisation for breaking the rules. The organisation formed a probe body, too, to investigate the incident that left several injured on the campus. Read more: Eden College: Probe finds no evidence of forcing students into immoral activities 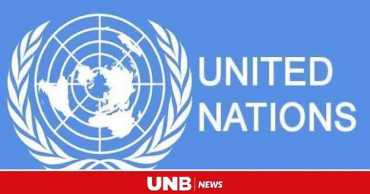 UN for adoption, implementation of national strategy for cutting poverty among Bangladesh's differently-abled

The UN Committee on the Rights of Persons with Disabilities (CRPD) Friday called on Bangladesh to adopt and implement a national strategy to cut poverty among differently-abled people. The committee noted the extreme poverty in the differently-abled community and the absence of social protection measures. It recommended developing a robust social protection scheme that guarantees an adequate living standard, including support for disability-related expenses. Also, the committee was "concerned" that differently-abled people, especially women and members of religious and indigenous groups, are deprived of their legal capacity to enter into contracts or inherit property in the country. It requested that Bangladesh amend its legislation to introduce decision-making measures that duly respect the autonomy, will and preferences of differently-abled people. Read: Crisis in Myanmar taking an enormous toll on children: UN committee warns The committee issued its country reviews on Bangladesh, China, Indonesia, Japan, South Korea, Laos, New Zealand and Singapore, as well as a special report on the situation of differently-abled people in Ukraine. The findings contain the committee's main concerns and recommendations on the implementation of the Convention on the Rights of Persons with Disabilities, as well as positive aspects.

The High Court on Sunday formed a seven-member expert committee to formulate a guideline to prevent plagiarism in PhD thesis. The committee has been asked to submit the guideline within the next three months. Bench of Justice JBM Hassan and Justice Razilk Al Jalil passed the order during a hearing on a writ petition in this regard. The members of the committee includes, educationist Dr Muhammad Zafar Iqbal, former Vice Chancellor of Dhaka University (DU) Prof Dr AAMS Arefin Siddique, Chairman of Computer Science department of DU Prof Saifuddin Md Tareeq, DU Law department Prof Dr Nakib Mohammad Nasrullah, former chairman of University Grants Commission (UGC) Prof Abdul Mannan,  Prof Dr Mahmuda Naznin, head of Department of Computer Science and Engineering of Bangladesh University of Science and Technology (Buet), Prof Dr Md Mostofa Akbar of the same department. Also read: HC asks UGC to submit report on PhD degree-awarding process Advocate Md  Moniruzzaman Linkon appeared for the petitioner while Deputy Attorney General Tushar Kanti Roy represented the state during the hearing. UGC has been asked to provide necessary assistance to the newly formed committee to formulate the guideline said DAG Tushar Kanti Roy. On January 26, 2020, advocate Md Moniruzzaman Linkon submitted the petition based on a report published on a vernacular daily’s online version. The report published on January 21, that year said 98 per cent of thesis  conducted by DU Assistant Professor Abul Kalam Lutful Kabir of the Department of Pharmaceutical Technology was plagiarized. On February 4, this year court wanted to know whether the public and private universities approve PhD and equivalent degrees following proper law and asked DU to investigate the plagiarism issue of Prof Lutful Kabir. Also read: DU demotes 3 teachers for plagiarism Besides the court issued a rule questioning why technology should not be used to check plagiarism in thesis before giving PhD degree approval. The court also questioned why an order should not be given to take measures to stop this crime.

The Ministry of Disaster Management and Relief has been asked to  form a committee to monitor the country’s overall flood situation and assess the damages caused by the deluge. The recommendation came on Monday at 25th meeting of the Parliamentary Standing Committee on the ministry at the Jatiya Sangsad Bhaban with its chairman AB Tajul Islam in the chair. The meeting also held an elaborate discussion on the progress of the decisions taken earlier, the recent flood situation in Sunamganj and Sylhet, the government’s step in the flood-hit areas and the future plan of the ministry to tackle river erosion. How much relief materials have been disbursed, assessing the need of the flood-affected people to mitigate their sufferings, assessment of the damage caused by the flood and appropriate action after flood will be the main task of the proposed committee, it said. Read: Flood situation worsens in parts of Sylhet The Parliamentary watchdog also suggested installing tube wells to ensure safe drinking water, distribution of corrugated iron sheets for building houses and schools and medicines for preventing water-borne diseases in the flood-affected areas. It also suggested allocating flood relief to the most vulnerable flood-hit areas instead of equal disbursement. State Minister for Disaster Management and Relief Dr Md Enamur Rahman and other members of the parliamentary body including Panchanan Biswas, Aftab Uddin Sarkar, Mir Mostak Ahmed Robi, Jewel, Mujibur Rahman Chowdhury and Kazi Kaniz Sultana were present at the meeting.

The election of e-Commerce Association of Bangladesh (e-CAB) will be held on Saturday to pick its executive committee for the 2022-24 period. A total of 795 members have the voting rights in the election to be held from 10am to 4pm at Sayeedana Community Centre in the city’s Dhanmondi area. In the election, 31 candidates are vying for nine posts of the e-CAB executive committee. On March 28, the election schedule was announced and 36 aspirants submitted nomination papers, but five candidates withdrew their candidature. The three-member electoral board, headed by its chairman and FBCCI vice president Amin Helali, will conduct the polls. The current president of e-CAB is Shomi Kaiser, while general secretary Muhammad Abdul Wahed Tomal. Also read: e-CAB formed 7-member body to observe business of Evaly

The National Moon Sighting Committee will sit on Saturday to ascertain the commencement of holy Ramadan, the lunar month of self-purification through fasting and abstinence. The meeting will be held in the conference room of the Islamic Foundation's Baitul Mukarram office in the capital around 6:30 pm after Maghrib prayers. READ: National Moon sighting committee to sit Tuesday State Minister for Religious Affairs Faridul Haque will preside over the meeting. People, if they see the moon anywhere in the country, have been requested to inform the committee by dialing telephone numbers 02-223381725, 02-41050912, 02-41050916, and 02-41050917 or faxing – 02-223383397 and 02-9555951.

DUJA gets  new executive committee for 2022

Mamun Tushar, post graduate student of Television Film and photography department also Dhaka University correspondent of The Daily Alokito Bangladesh has been made president of the organization and Shirajul Islam Rubel, a masters student of Mass communication and journalism department, also DU correspondent of The Daily Star, has been elected the general secretary of DUJA. However, Al Sadi Vuiyan, postgraduate student of anthropology Department,  has been made the vice president while Asif Hawlader has been made the joint general secretary of the organisation. Today, former president and secretary announced the new committee with the presence of former president Borhanul Houqe Samrat and Mahbub Rony at DUJA office around 1.30 pm An official programme has been scheduled for April 2 to hand over the responsibility to the new committee in the presence of DU Vice Chancellor  Dr. Akhtaruzzaman.

The High Court on Sunday formed a five-member committee to observe the activities of Bangladesh Telecommunication Regulatory Commission’s (BTRC) complaint cell in solving mobile network, internet related issues and customer complaints. The court directed the committee to submit a report within 30 days of receiving the order. A bench of Justice Mamnoon Rahman and Khandaker Diliruzzaman passed the order issuing a rule during a hearing on a writ petition filed in this regard. The court asked to form the committee comprising secretaries of Posts and Telecommunications Division, and Information and Communication Technology Division, BTRC chairman, a teacher from Bangladesh University of Engineering and Technology (BUET) and a representative from Association of Mobile Telecom Operators of Bangladesh (AMTOB). Also read: AMTOB calls for revision of SD in mobile services The court directed the country’s mobile operators to ensure clear voice call, high speed internet and stable mobile network to reduce the sufferings like call drops and disconnection of calls due to weak network. In the rule, the court questioned why the respondents’ inactivity in providing clear sound, strong network and stable internet service as promised in advertisements shown in electronic media, national dailies and broadcast media will not be announced illegal. The court also asked to ensure complete use of mobile data packs purchased by a customer, why direction will not be given to cancel the expiry date provided by the mobile operators and to allow the customers to use the data entirely. Secretary of the Ministry of Posts, Telecommunications and Information Technology, BTRC, BTRC Chairman, Grameenphone CEO Yasir Azman, Banglalink CEO Erik Aas, Robi CEO Mahtab Uddin Ahmed, and Teletalk CEO Md. Shahab Uddin was made respondents to the rule. Also read: 4G mobile services not available outside Dhaka: BTRC The seven respondents were asked to reply to the rule within four weeks. Saifur Rahman Rahi, a Supreme Court lawyer and customer of the four mobile operators filed the writ petition seeking rule and direction of the High Court. On January 5, the petitioner submitted a complaint at BTRC regarding sufferings due to call drop, weak network and internet data expiry date. On January 10, he sent a legal notice after his problems were not redressed by the BTRC complaint cell. Getting no reply from the respondents Rahi later filed the writ petition, said M A Masum , the lawyer who presented petitioner’s side “There is doubt about the BTRC complaint cell’s proper functioning as the mobile operator customer’s sufferings are not being solved even after complaint. So a committee to supervise its activity was sought in the petition,” the lawyer told journalists.
CU JCD committee annulled six years after formation
Chhatra League lifts suspension of Eden College committee
UN for adoption, implementation of national strategy for cutting poverty among Bangladesh's differently-abled
Swechchasebak Dal’s partial committee announced
HC forms expert committee to prevent plagiarism in PhD thesis
Parliamentary watchdog recommends committee to monitor flood situation
e-CAB election set for Saturday
National Moon sighting committee to sit Saturday
DUJA gets  new executive committee for 2022
HC forms committee to supervise BTRC’s activities to solve mobile service issues