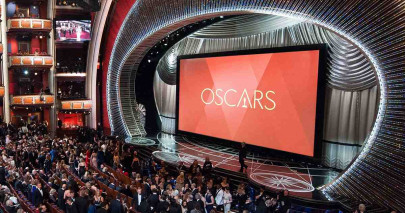 After the elegant opening of the 94th Academy Awards on March 27, 2022, the colourful carnival of films has rocked Hollywood's Dolby Theatre in California. Sensational performances by Regina Hall, Wanda Sykes, and Amy Schumer made the names of the 2022 Oscar winners resound throughout the gallery. Among the movies that have already been nominated, the best works have made their way to get closer to the golden statuette of Oscar. Let's get to know the names of those who achieved the honour of winning the Oscars in 2022. Who are the Winners of Oscar 2022? Best Picture > Philippe Rousselet, Patrick Wachsberger and Fabrice Gianfermi for ‘CODA’ Rousselet and Wachsberger both are France-based producers. Gianfermi is an American producer. previously Rousselet and Gianfermi co-produced the 2011 sci-fi movie Source Code. Wachsberger is famous for producing the blockbuster movie The Hunger Games: Catching Fire (2013), and Mr. & Mrs. Smith (2005). Read Oscars audience tops 15 million, exceeding last year Best Actor > ‘Will Smith’ for the leading role 'Richard' in King Richard Will Smith is a two time Oscar nominee. This time the actor portrays a legend who was the mentor of the famous tennis stars Serena and Venus Williams as well as their father. Best Actress > ‘Jessica Chastain’ for the leading role of 'Tammy Faye' in The Eyes of Tammy Faye This American actress received an Oscar nomination for Best Actress for the 2013 movie Zero Dark Thirty. This time, Chastain grabbed the Oscar playing the character of Tammy Faye, a world-renowned media personality. Best Supporting Actor > ‘Troy Kotsur’ for the role of 'Frank Rossi' in CODA American actor Kotsur won the Oscar for the first time as a deaf actor. He has also won awards at six different major film festivals worldwide for his role as Frank in CODA. Read Jessica Chastain wins best actress Oscar for 'Tammy Faye' Best Supporting Actress > ‘Ariana DeBose’ for the role of 'Anita' in West Side Story The emerging American singer and dancer stunned the Hollywood neighbourhood with her character Anita in West Side Story. She achieved this honor for the first time as an openly queer woman. Best Director > ‘Jane Campion’ for directing The Power of the Dog Jane Campion is one of the most anticipated names at the Oscar this year. First female Palme d'Or holder at the Cannes and winning awards at 21 events worldwide just for The Power of the Dog have led her to win the 2022 Oscar. Best Original Screenplay > Kenneth Branagh for ‘Belfast’ Northern Irish Branagh, widely known as an actor and director, has shown his prowess in screenwriting in his sixties. Read Will Smith confronts Chris Rock, then wins best actor Oscar Best Adapted Screenplay > Sian Heder for ‘CODA’ This Massachusetts-based female screenwriter first came to prominence by writing the screenplay of the 2005 film Mother. And this time her Oscar-winning screenplay follows the story of the 2014 French-Belgian movie La Famille Belier. Best Cinematography > Greig Fraser for ‘Dune’ The best works of this Australian cinematographer include the film Lion (2016) and Zero Dark Thirty (2012). In 2022, he finally got the best value of his work through Dune.
Oscar Winners 2022: Who Won the 94th Academy Awards?