The High Court on Tuesday summoned three lawyers, including the president of the Khulna District Bar Association, to appear before it on November 22 and face charges amounting to contempt of court, in relation to their alleged misconduct with a judge. An HC bench of Justice J. B. M. Hassan and Justice Razik-Al-Jalil passed the order, with the contempt attached to a suo moto rule following a hearing in this regard.   The rule questioned why any punitive action taken against the trio, stemming from their own actions, wouldn’t be illegal. Those summoned were the bar’s president for Khulna district Saiful Islam, and KDBA members Sheikh Nazmul Hossain and Sheikh Ashraf Ali Pappu. Attorney AM Amin Uddin and Deputy Attorney General Tushar Kanti Roy stood for the state in the hearing. The state lawyers said the HC asked the accused lawyers to appear before it in person on November 22 and explain their actions in view of the contempt rule. Read more: High Court asks why DMP authority to ban rallies not illegal According to the file of Registrar General, on September 22 lawyer Pappu, who stood for a plaintiff in a case in Khulna, left the court of Khulna’s former Land Survey Tribunal Judge Nirmalendu Das, who is now an additional district judge of Chapainawabganj district, saying the bar president would interrogate the case after the court fixed a date for delivering the judgment.   Though Pappu orally placed a petition seeking time for hearing the case, the court rejected it.   Later, the three accused lawyers, along with others, entered the court again and created chaos while the judge was hearing another case. Saiful, the senior among them, asked the judge with a rude attitude why he rejected the time petition sought for the hearing of the case and threw him some other questions.    Remarkably, the judge continued to engage with the trio and said: “You (the bar president) applied for time but I rejected it. You see the reason behind the rejection in the order. It is unacceptable that you seek the reason in this manner."  If you're thinking that was the worst of it, think again.  “We don’t want any answers from you, knowing you deliver illegal judgments for money and bribe. We will boycott the court and prove before the media that you are corrupted,” the lawyers shot back. Read more: High court’s directive sought to ban export of Hilsa to India Later, the judge sent a written letter to the chief justice mentioning the issue on the same day. The registrar general of the HC submitted it before the chief judge. The HC bench on Tuesday passed the order on a suo moto rule, after the chief justice formed a bench headed by Justice J. B. M. Hassan to hear the issue on October 25.

An Islamabad court Tuesday summoned former Prime Minister Imran Khan to appear next week to answer contempt charges over his verbal threats to a judge at a weekend rally. Police meanwhile registered another case against him on charges of defying a ban on rallies in Islamabad. The latest development indicated that Pakistan’s government is stepping up pressure on Khan, who has been holding mass rallies, seeking to return to power. Separately, police raided overnight the apartment of Khan’s close aide Shahbaz Gill in the Pakistani capital, and took him away in handcuffs for interrogation. A conviction against Khan, who is to appear before the Islamabad High Court on Aug. 31, would mean disqualification from politics for life since under Pakistani law, no convicted person can run for office. It is the second time that Khan — a former cricket star turned Islamist politician — faces contempt charges. After elections in 1993, he was summoned but pardoned by the Supreme Court after describing the conduct of the judiciary as “shameful" and saying it did not ensure free and fair elections. Fawad Chaudhry, a senior leader from Khan's opposition Tehreek-e-Insaf party, told The Associated Press that Khan's team would examine the summons but that in their opinion, the Islamabad High Court lacks the authority to try Khan for contempt of court. Legal experts say Khan has limited options and could avoid a conviction if he apologizes for his remarks against Judge Zeba Chaudhry on Saturday, when he told her to “get ready for it, we will also take action against you.” Read: Pakistan's government steps up pressure on ex-PM Imran Khan Also on Tuesday, Islamabad police registered another case against Khan and 16 other leaders from his party on charges of defying a ban on disruptive rallies in Islamabad on Saturday. The latest developments came two days after authorities filed terrorism charges against Khan, escalating political tensions in the country. In New York, meanwhile, U.N. spokesman Stephane Dujarric told reporters that U.N. Secretary-General Antonio Guterres was aware of the terrorism charges against Khan and that he “urges calm, lowering of tensions and respect for the rule of law, human rights and fundamental freedoms” in Pakistan. Khan, who came into power in 2018 and was ousted in April in a no-confidence vote in Parliament, could face from several months to 14 years in prison, the equivalent of a life sentence, on the terrorism charges. Gill, Khan's close aide taken Tuesday for interrogation, has been charged with treason for his recent anti-army remarks during a show on the private ARY TV in which he urged soldiers and officers to disobey “illegal" orders from military leaders. The charge carries the death penalty under a sedition act that stems from a British colonial-era law. ARY TV remains off-air in Pakistan following that broadcast. Since his ouster, Khan has alleged — without providing evidence — that Pakistan's powerful military took part in a U.S. plot to oust him. Washington, the Pakistani military and the government of Khan's successor, Shahbaz Sharif, have all denied the allegation. Sharif's government is unhappy with Khan over his threats and although courts usually pardon offenders if they apologize, some politicians have been convicted in the past for disobeying or insulting judges. Ahsan Bhoon, a lawyer who heads the Supreme Court Bar Association of Pakistan, welcomed the proceedings against Khan, saying no one should be allowed to insult a judge or damage the reputation of the judiciary. Khan came to power promising to break the pattern of family rule in Pakistan. His opponents contend he was elected with help from the powerful military, which has ruled the country for half of its 75-year history.   Since his ouster, Khan has also demanded early elections and vowed to oust Sharif's government through “pressure from the people."

The High Court on Thursday summoned an investigation officer of the Anti-Corruption Commission for submitting a report seeking exemption of the accused in Tk 12.89 lakh loan scam case of Sonali Bank. HC bench of Justice Nazrul Islam Talukder and Justice Khizir Hayat Khan passed the order during a hearing on the review appeal on the exemption order. The bench asked the then deputy director of ACC and investigation officer in the case Nur Hossain to appear before the court Monday and explain his action. Also read: 36 cops sued over killing of Bhola Swechchasebak Dal leader Dr Golam Rahman Bhuiyan appeared for the Sonali Bank and advocate ABm Bayezid for the ACC while Deputy Attorney General AKM Amin Uddin represented the state during the hearing. On January7, 2013, Miron Mia, then Assistant Manager of Sonali Bank, filed a case at Shahbagh police station against former Deputy General Manager Altaf Hossain Howlader, Chairman of Melba Textiles Mills Morshed Razzak and Managing Director Zaki Ahmed. According to the complaint, DGM Altaf Hossain Howlader from 2003 to 2006 in collusion with other accused embezzled Tk 12,89,63,679  giving  loan to Melba Textiles Mills. Also read: Why 2 NSU trustees should not be granted bail: HC On 25 May,2014, ACC’s IO in the case submitted a report seeking exemption of the accused from the charges. On June 30, 2014, a Dhaka court exempted all the accused accepting the final report. Later, the plaintiff moved High Court seeking revision of the order. On June 15, 2015, the High Court issued a rule questioning why the exemption order should not be cancelled.

NYPD cracks down on another big funeral, stoking tensions 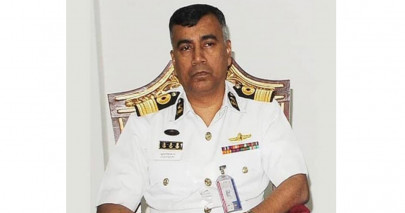