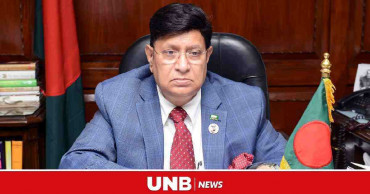 Momen once again clarifies the controversy over his “heaven” remark

Foreign Minister AK Abdul Momen has clarified that his use of the word  “heaven” was not in its “true sense”, but only meant for comparing the situation in Bangladesh with other countries amid global economic crisis. “After all I am a public figure. I am an open person,” he told reporters on Sunday reiterating that he says what he thinks as an open-minded person. The foreign minister wore his usual smile as he also described, in his own style, how the media treated him in their reports on this comment. Also read: No enforced disappearance, no restrictions on freedom: Momen tells Bachelet In Sylhet on Saturday, Momen said his comments were "twisted" as he meant that people of Bangladesh are in a far better situation compared to other countries amid global recession. "I said we are in a far better situation compared to other countries," he told reporters. Comparing the situation with other countries, the foreign minister on Friday said people in Bangladesh are leading a happy life and "living in heaven" compared to other countries. He said a certain group is spreading panic claiming that Bangladesh will face a Sri Lanka-like situation. "This is baseless." Also read: Bangladesh not turning into Sri Lanka : FM Momen, however, acknowledged that Bangladesh is facing challenges due to global recession.
Momen once again clarifies the controversy over his “heaven” remark