Rab on Friday arrested two men in connection with a case over an attempted rape of a Rohingya girl from Dulahazara area under Chakaria upazila of Cox’s Bazar. The arrestees have been identified as Md Mahbub, 32, of Chakaria’s Ringvong area and Shah Emran, 35,of Rajghat area under Chattogram’s Lohagara upazila. According to Rab, the girl is a Rohingya refugee from Kutupalong Camp No 1 in Ukhia upazila of Cox’s Bazar. She fled from the camp and arrived in Chattogram city in search of work on February 5, 2022. Also read: Man wanted for triple murder held in Sherpur Failing to find work, she was returning to the camp by a bus on February 11, 2022. The supervisor of the bus ditched her at the Chakaria Bus Terminal as she couldn’t pay the fare. There, staff from another bus agreed to take her to the camp. She was taken to Batakhali Bridge area under Chakaria municipality in an empty bus and an attempt was made to rape her by the driver, the supervisor and the helper of the bus. Also read: Driver among 4 held for raping a girl in Chattogram Locals rescued the girl after hearing her scream and apprehended the helper of the bus while the driver and the supervisor managed to flee. Later, the girl lodged a case with Chakaria police station under the Women and Children Repression Prevention Act, based on which today’s arrests were made. The arrestees have confessed their crimes and they’ve been handed over to the local police for further legal procedures.

Three youths allegedly raped a 5-year-old boy in Moheshkhali upazila in Cox’s Bazar and recorded the video of the crime, that they later shared using Facebook messenger.   The accused are Salah Uddin, 22, son of Saber Ahmed, Md Mamun, 16, son of Md Kasim, and Nezam Uddin,17, son of Tunu Mia.   On Sunday, a case was filled at Moheshkhali police station in this regard, followed by a complaint lodged by the victim's father, said Md Abdul Hai, Officer-in-Charge of Moheshkhali police station.   Also read: 3 held over gang rape of woman after abduction in Cox’s Bazar    According to the complaint, on March 20, around 3 pm the accused took the child to an abandoned shop in Matarbari union in the upazila and raped him.  They recorded a video of the incident and shared it among some of their acquaintances using messenger.   Locals recently got informed of the video as it spread and they got agitated.   Also read: Khulna gang rape: 2 more accused held   OC Abdul Hai said several teams of police are conducting operations to arrest the accused after the case filing.

Officer-In-Charge of Chakaria police station Muhammad Osman Gani has been suspended for celebrating his birthday at his office with some fugitive accused. Md Hasanuzzaman, Superintendent of Cox’s Bazar police confirmed the matter to UNB Thursday afternoon. He was suspended as the police force’s image was hampered after photos of OC Gani’s birthday celebration with some fugitive accused at the police station went viral on social media recently and evoked controversy, said Md Rafiqul Islam, Additional Superintendent of police. Also read: SB man suspended for beating up DU student-journalist at campus OC Osman Gani has been attached to Cox’s bazar Police Lines, he said. On March 2, the OC celebrated his birthday by cutting a cake at Chakaria police station. In the viral photos, two absconding accused of a muder attempt case- Arhan, Alif -and some others were seen standing beside the OC and feeding him cake. Also read: Habiganj: Drug peddler escapes from custody, 3 cops suspended The UNB reporter could not contact OC Gani for a comment after several attempts.

Rapid Action Battalion (Rab) members on Thursday arrested the key accused in the incident of gang-raping a woman while committing burglary tying her husband and son in Morrelganj upazila in Bagerhat. The arrestee was identified as Riaz Shikder,38, son of Abdul Mazid from  Barshibah village in the upazila. Rab Khulna-6 nabbed the accused from Bagmara area in Kachua upazila during a drive, said Police Superintendant Al-Asad Md Mahfuzul Islam, also company commander of Rab-6. He said Rab started a shadow investigation along with police after a case was filed at Morrelganj police station on Wednesday following the complaint lodged by the woman’s husband accusing Riaz and some 10 others. Riaz is being interrogated at the Rab-6 office and efforts are on to capture the other accused, said the SP.  Also read: Gang-rape in Bagherhat: Key accused held by Rab Meanwhile, Bagerhat Chief Judicial Magistrate recorded the statement of the woman in this case under section 22, said Md Iqbal Bahar Chowdhury, Officer-in-Charge of Morrelganj police station. Dr Sheikh Adnan Hossain, Resident Medical Officer (RMO) of Bagerhat Sadar Hospital said, “A board consisting three female physicians has conducted the medical examinations of the housewife and they will soon give a report”. In late hours of Tuesday, a gang of burglars entered a day-labourer’s house by digging through the lower part of the mud house before committing the crime. Also read: Schoolgirl gang-raped in Bagerhat They also took way gold jewellery, money and other valuables from the house before fleeing, said the husband in the complaint.

Tourist Police have arrested another accused in the case over the gang rape of a woman in Cox’s Bazar. Esrafil Huda Joy was arrested from Chakaria Bus stand area of Cox’ Bazar on Tuesday morning, said Additional DIG of Tourist Police of Chattogram division Mohammad Moslemuddin. Read: Female tourist in Cox’s Bazar was gang raped for extortion money: Rab So far, six people have been arrested in this connection. Police will produce Esrafil Huda Joy before the court on Wednesday and seek remand for him, said Moslemuddin. He said process is going on for bringing Ashiqul Islam Ashiq, the prime accused in the case arrested by the Rab in Madaripur, from Dhaka to Cox's Bazar. Ashiqul Islam Ashiq was arrested from Madaripur district  on Sunday night. Cox’s Bazar Tourist Police arrested three more accused in the case- Rezaul Karim Sahabuddin, 25, Mehedi Hasan, 21, and Mamunur Rashid, 28, from different areas in Cox’s Bazar district  on Sunday morning. On Monday, a court in Chattogram placed the three accused on a 2-day remand each. On Saturday, Riaz Uddin Chhotan, manager of a hotel that was one of two locations where the woman was raped, was arrested and remanded for four days. On December 24, the court recorded the victim’s statement, said inspector Ruhul Amin, investigation officer in the case. Read:Cox's Bazar gang rape: 3 more arrested, although not prime accused On December 23, the woman’s husband filed the case under the Prevention of Women & Children Repression Act at Cox's Bazar Sadar Model Police Station accusing seven people. On December 22, the 22-year-old woman was taken to Zia Guest Inn and there the three accused again took turns to rape her for hours following an altercation with her husband. They released her in the early hours on the following day and allegedly threatened to kill her family if she discloses the matter to anyone. Rapid Action Battalion in a drive arrested the prime accused in a case filed in connection with the killing of a businessman from Laxmipur district. The arrestee was identified as Zakir Hossain, 36, a muazzin of mosque in Narsingdi’s Monohordi upazila. On October 3, Ramiz Uddin, 65 of Monohardi upazila in Narsingdi district was found dead near Katabaria Daukia mosque in Kishoreganj. A case was filed with Kishoreganj Model Police Station. READ: Woman hacked to death in Pabna; Youth held Tipped off, a team of Rab conducted a drive in the area and held Zakir Hossain from a mosque in Laxmipur. After primary interrogation, Rab came to know that, Zakir killed Ramijuddin in a bid to grab his money as Ramijuddin, a cattle trader, said a press release of Rab. READ: Human trafficking gang busted in Dhaka, 3 held After the alleged murder Zakir went into hiding. A 21-year-old youth, who allegedly raped and murdered a child, was killed in a gunfight with police in Godagari upazila on Thursday night. A mobile phone stolen from the girl's house on the night of the crime was also found on Shamim, police said on Friday. Read: 999 call: 2 arrested after woman raped on truck Additional superintendent of district police, Iftekhar Alam, said, that some miscreants opened fire at a police team during a raid in Lalitnagar on Thursday night.  The cops retaliated and Shamim sustained bullet wounds in the crossfire. "He was rushed to Rajshahi Medical College and Hospital, where doctors declared him dead on arrival," he said. Read:Rape case against 4 children: suspension order of 7 police stayed On the night of June 19, the child went to sleep alone in her room at her family home in Lalitnagar. The next morning, her parents found her lifeless body lying under a haystack. "We have been tracking the local criminals since the horrific crime, and the recovered mobile confirmed Shamim's involvement in the rape and murder," said Iftekhar. 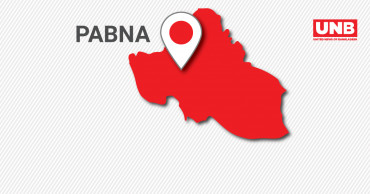