UN Resident Coordinator (UNRC) in Bangladesh Gwyn Lewis has highlighted the need to have a holistic approach to the HIV response, focusing on providing choices and socio-economic opportunities to those affected regardless of their sexual identities or professions. A joint mission of the United Nations (UN) headed by Gwyn Lewis visited project sites in Naraynganj on Tuesday, said the UN office in Dhaka. The mission focused on learning from projects that work to prevent the spread of HIV amongst sex workers, people who inject drugs, transgender people and other key population groups who may be affected by HIV. The joint mission consisted of the country directors for UNAIDS Dr Saima Khan and UN Women Gitanjali Singh, along with other representatives from UNFPA, WHO, UNICEF, and UNODC. Representatives from the Ministry of Health and Family Welfare’s AIDS/STD Programme (ASP) and implementing partners were also present during this visit. Read: Gwyn Lewis of Ireland appointed UNRC in Bangladesh The implementing partners include Save the Children, icddr,b, Bandhu Social Welfare Society, Care Bangladesh and the Networks and CBOs of sex workers, people who inject drugs, transgender, etc. The mission spoke with several members of key targeted populations at four DICs. DICs are drop-in centres where socially marginalized groups can access health and support services to prevent HIV and from where individuals are referred to other services that they may need regarding health, social welfare, etc. Some of these centres implement opioid substitution therapy (OST), which involves supporting those suffering from opioid use through various means. Beyond these supports, the centres sometimes also facilitate socio-economic integration to support affected populations in earning a livelihood. Also read: A child infected with HIV every 100 seconds: UN report Speaking on the four DIC’s visited Gwyn Lewis remarked how these centres were “Demonstrating what partnerships can do to change lives for the better.” These interventions are part of the whole prevention, treatment, care and support services being provided under the larger response to HIV. HIV services also embrace human rights and gender-based approaches through local and national advocacy to increase access to services addressing gender-based violence and social welfare. Key populations for HIV interventions often have needs that are unique, and their meaningful participation is critical to a successful HIV response. 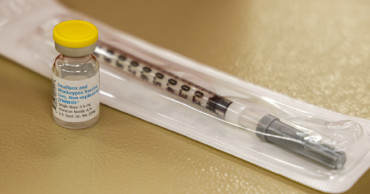 US may expand monkeypox vaccine eligibility to men with HIV

U.S. officials are considering broadening recommendations for who gets vaccinated against monkeypox, possibly to include many men with HIV or those recently diagnosed with other sexually transmitted diseases. Driving the discussion is a study released Thursday showing that a higher-than-expected share of monkeypox infections are in people with other sexually transmitted infections. Dr. John T. Brooks, chief medical officer for the Centers for Disease Control and Prevention's monkeypox outbreak response, said the report represents a “call to action.” Brooks told The Associated Press on Thursday that he expected vaccine recommendations to expand and that "the White House, together with CDC, are working on a plan for what that will look like.” Also read: WHO: Monkeypox cases drop 21%, reversing month-long increase Currently, the CDC recommends the vaccine to people who are a close contact of someone who has monkeypox; people who know a sexual partner was diagnosed in the past two weeks; and gay or bisexual men who had multiple sexual partners in the last two weeks in an area with known virus spread. Shots are also recommended for health care workers at high risk of exposure. The vast majority of monkeypox cases are in men who have sex with men who reported close contact with an infected person during sex. But the new CDC report suggested infections in people with HIV and other STDs may be a bigger issue then previously realized. The report looked at about 2,000 monkeypox cases from four states and four cities from mid-May to late July. It found 38% of those with monkeypox infections had been diagnosed with HIV, far higher than their share of the population among men who have sex with men. Also read: Public health emergency declared over monkeypox in WA county The study also found that 41% of monkeypox patients had been diagnosed with an STD in the preceding year. And about 10% of those patients had been diagnosed with three or more different STDs in the prior year. There were racial differences. More than 60% of Black Americans with monkeypox had HIV, compared with 41% of Hispanic people, 28% of whites and 22% of Asians. Jason Farley, an infectious disease expert at the Johns Hopkins School of Nursing, said men of color who have sex with men should be at the front of the line for monkeypox vaccine doses. Within those racial and ethnic groups, the next priority should be anyone living with HIV or was recently diagnosed with a STD, he said. The study has several limitations, including that the data may not be nationally representative, the authors said. Brooks said the findings could lead to vaccines being recommended for people with recent STD infections, people with HIV, people taking pre-exposure prophylaxis (PrEP) medications to prevent HIV infection and, possibly, prostitutes. Discussions of expanding eligibility will have to take into account supply of the two-dose vaccine. And any substantial expansion of monkeypox vaccination recommendations may also be subject to review by CDC’s outside vaccine advisers, health officials say. Also on Thursday, the CDC sent a letter to state and local health departments that said federal funds for HIV and STD prevention can also now be used against monkeypox. Cases in the U.S. seem to be declining, officials say. Health Minister Zahid Maleque on Tuesday said that the government is providing HIV tests and treatment free of cost across the country. A significant East-West divide and people over 50 years old are revealed as contributory factors as undiagnosed cases of HIV climb throughout the European Region as a whole, according to a report published Thursday by the European Center for Disease Prevention and Control (ECDC) and the World Health Organization Regional Office for Europe (WHO Europe).

Access to HIV medicines severely impacted by COVID-19: WHO

Seventy-three countries have warned that they are at risk of stock-outs of antiretroviral (ARV) medicines as a result of the COVID-19 pandemic, says a new study on Monday.

A man from London has become the second person in the world to be cured of HIV, doctors say. On the eve of the World AIDS Day that falls on Sunday, South Africa's National Department of Health said the country has achieved a lot in fighting against HIV over the past several years.