An 11-year-old girl was killed after being hit by a stray bullet during a gunfight involving miscreants at a Rohingya camp in Ukhia upazila of Cox’s Bazar district early Tuesday. The deceased was identified as Tasfia, daughter of Yeasin of No 18 Rohingya camp in Balukhali. Sheikh Mohammad Ali, officer-in-charge of Ukhia Police Station, said two groups of miscreants entered the Rohingya camp around 1:20 am and exchanged bullets. At one stage, Tasfia received a bullet and died on the spot while his father and others were trying to leave the camp to a safer place. On information, police recovered the body and sent it to Sadar Hospital morgue for autopsy. A Rohingya leader of the Balukhali refugee camp in Ukhiya upazila of Cox’s Bazar has been hacked to death allegedly over establishing dominance in the camp, the Armed Police Battalion (APBn) said on Friday. The deceased was identified as Md Azimuddin,48, son of Kamal Uddin, and head of block L/16 of Camp-18, said Kamran Hossain, additional superintendent of APBn-8. Aound 8pm on Thursday, some Rohingyas from Camp-20 stealthily attacked the leaders responsible for guarding M/9 sub block of block B in Camp-18, he said. "They attacked to create dominance over the camp." READ: 7 Rohingyas illegally entered from India held in Cox’s Bazar During the attack, two more Rohingyas named Syed Karim, 40, and Rahimulla, 36, were hurt, said additional SP Kamran. "APBn-8 is conducting raids to detain the attackers," he added.

IOM in coordination with the humanitarian actors in Cox’s Bazar will soon conduct technical assessments to better assess the damages caused by a recent fire, and the immediate and longer-term needs of the affected people. The International Organization for Migration (IOM) has taken a mobile medical team on the ground to provide assistance as needed. Additionally, IOM through its communications with communities (CwC) team is being deployed within the camp to ensure people have access to right information.  Read: 1200 homes gutted in Ukhia Rohingya camp fire IOM has taken immediate steps to mobilize non-food item (NFI) kits for all affected households- which are being supplemented with blankets to help those affected to keep warm amidst the cold dry weather in Cox’s Bazar. “We are coordinating with other humanitarian actors to ensure that those affected are provided with food, health, protection, water, sanitation, and hygiene needs. Shelter repair/rebuilding and access to cooking facilities – in the form of LPG are top priorities as the affected families seek to recover from the damages caused by the fire,” said Nusrath Ghazzali, officer-in-charge for IOM Bangladesh. A significant fire swept through camp 16 under IOM’s area of responsibility in Cox’s Bazar on Sunday afternoon, impacting thousands of Rohingya refugees and host community members, and causing considerable damage to sections of the world’s largest refugee camp.  The fire was first reported just before 5pm and IOM immediately mobilized response teams to protect refugees and bring the situation back under control in coordination with the local authorities and fire brigade. The cause and origin of the fire is unknown at this stage. At this stage no fatalities have been reported, though two people are reportedly injured by the fire.  Read: Cox's Bazar Rohingya camp fire: Teams working 24/7 to regain normalcy This latest fire comes a week after another fire broke out in the refugee camp on 2 January causing significant damage to IOM’s Severe Acute Respiratory Infection and Isolation and Treatment Center (SARI ITC) in camp 20 Extension.  The conditions in the camps make large fires a real risk. In March 2021, a massive fire that broke out in the camp resulted in loss of life, displaced 45,000 Rohingya refugees and caused catastrophic damage to the world’s largest refugee camp.

Rapid Action Battalion (RAB) on Monday held three Rohingyas from a clandestine gun making factory in Cox’s Bazar’s Kutupalong Rohingya camp. During the raid on the X-4 camp of the Kutupalong, RAB recovered five rifles, five revolvers and a large quantity of weapon-making equipment. RAB-15 captain Lt. Colonel Khairul Islam said that a group has been making weapons in this factory for a long time. Weapons were being supplied to Rohingya terrorists from here. The factory was taken under control after an exchange of fire for over four hours this morning.

Members of Rapid Action Battalion (Rab) in a drive on Monday unearthed an ‘arms making factory’ and arrested three Rohingyas from near a Rohingya camp in Ukhia upazila of Cox’s Bazar.  Ten firearms and a huge quantity of arms making equipment were seized during the drive conducted on a hill adjacent to Extension-4 Rohingya camp in the early morning, said Rab-15 commander Lt Col Khairul Islam. Read:Alleged ARSA leader found dead at Rohingya camp The arrestees are Md Baitullah, 19, his brother Habib Ullah of Kutupalong camp C-1 and Mohammd Hasun,24 of G block of the camp.

An alleged Arakan Rohingya Salvation Army (ARSA) leader has been found dead at the Whykong Rohingya refugee camp in Teknaf upazila of Cox’s Bazar district. The deceased was identified as Mohammad Hashim, 32, son of late Nurul Amin of Camp No 22 of Unchiprang in Whykong union. Read:Drug case: 5 Rohingyas sentenced to 10 years imprisonment in Cox's Bazar Whykong police outpost's sub-Inspector Mahabubur Rahaman said Hashim was probably lynched by a mob. "However, the exact cause of death will be clear after post-mortem," he said. According to police sources, Hashim used to assault Rohingya Muslims, identifying himself as an ARSA leader. Read: Rohingya camp murders: 4 more arrested from Ukhia Hashim was one of the masterminds behind the recent assassination of top Rohingya leader Mohib Ullah, the sources said, not ruling out his involvement in the madrasa attack. Md Hafizur Rahman, officer-in-charge of the Teknaf police station, said the body was sent to the Cox's Bazar Sadar Hospital morgue for an autopsy. 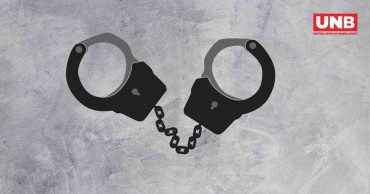 Armed Police Battalion (APBn) members have detained eight people over a gun attack on a madrasa at Cox’s Bazar Ukhiya Rohingya Camp that left six people dead. Superintendent of police (SP) Shihab Kaiser, chief of the Ukhiya-based unit of the APBn , on Saturday said,” APBn-8 members detained the suspects from Ukhiya during raids in the camps on Friday night.” He also said no case has been filed over the incident as of now. Read: Gun attack on madrasa in Cox’s Bazar Rohingya camp; 6 dead However, the officer declined to reveal the identities of the detainees. On Friday, a  predawn gun attack on Darul Uloom Nadwatul Ulama Al-Islamiyah Madrasa at Cox’s Bazar Ukhiya Rohingya Camp left six  people dead. Shortly after, police arrested a man named Jashim from the spot with a locally-made gun, 6 bullets and one knife. Read: Two held for Rangpur arson attacks 'admit guilt' Since then, police have conducted block raids on the Rohingya camps and other dwellings and structures in the madrasa area.

In a predawn gun attack on a madrasa at Cox’s Bazar Ukhiya Rohingya Camp on Friday left six people dead, police said. Four of the deceased were identified as madrasa teacher Md Idris,32, from camp-12; Ibrahim Hossain,24, from camp-9; madrasa student Azizul Haque,22, and Md Amin,32, both from camp-18. They died on the spot. Read: Want killing nowhere: Momen about Mohib Ullah murder Later, Nur Alam alias Halim,45, a madrasa teacher from camp-18, Hamidullah,55, another madrasa teacher from camp-24 and student Nur kaysar, 15, from camp-18 succumbed to their wounds while being treated at a healthcare facility of a Rohingya camp. Superintendent of Police Shihab Kaysar and head of Armed Police Battalion-8 (APBn) said miscreants attacked Darul Uloom Nadwatul Ulama Al-Islamiyah Madrasa at block H-52 of Forcibly Displaced Myanmar Nationals (FDMN) camp-18 around 4 am, leaving four people dead on the spot. 5 Rohingyas held with arms and drugs in Ukhia