Parliamentary Standing Committee on Liberation War Affairs Ministry on Monday recommended the government to review the provision of rations to the valiant Freedom Fighters of the country.It also recommended to send urgent letters along with necessary directions through virtual meetings to all district hospitals and 22 specialised hospitals aiming to ensure medicare facilities to the Freedom Fighters.These decisions were taken at the 30th meeting of the Standing Committee on Ministry of Liberation War Affairs of the 11th National Parliament held at Sangsad Bhaban with Shajahan Khan in the chair.It recommended the Ministry to take necessary measures through discussions with Bangladesh Rural Development Board (BRDB) regarding further reduction of service charge from 8 percent on loans given to the freedom fighters .The meeting recommended necessary amendments to the draft booklet containing various benefits provided to freedom fighters and their families.It also recommended that in every district and upazila of the country, while acquiring land for the construction of Muktijoddha complex buildings priority should be given to the urban area in terms of site selection.In the meeting, the progress of the implementation of the decisions taken in the 27th meeting, the progress of the publication and distribution of the smart card of the freedom fighters, digital certificates and booklets containing various benefits were discussed.It also discussed the statement of income and expenditure of the Bangladesh Freedom Fighters Welfare Trust of the 2021-2022 fiscal year and the latest progress of publishing the list of the freedom fighters. The report of Sub-Committee No. 8 formed by the Standing Committee on the Ministry of Liberation War Affairs was discussed in detail.Committee members Minister of Liberation War Affairs AKM Mozammel Haque, Major (Retd) Rafiqul Islam, AB Tajul Islam, Kazi Firoz Rashid and Moshalem Uddin Ahmad was present in the meeting.Additional Secretary of Ministry of Liberation War Affairs, Director General of National Freedom Fighters Council, heads of various organizations and relevant officials of Ministry and National Parliament Secretariat were present in the meeting. 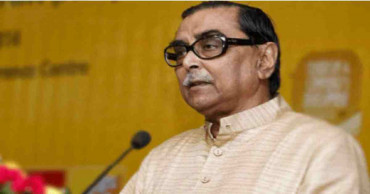 Workers Party President Rashed Khan Menon on Monday came down heavily on a parliamentary standing committee for its recommendation to find alternatives to female upazila nirbahi officers' presence during the guard of honour ceremonies given to deceased freedom fighters at their funeral. Read:Standing against corruption is the ultimate tribute to Bangabandhu: Menon“Such humiliation [to females] cannot be acceptable,” he lamented, while participating in the discussion on the proposed budget for 2021-22 fiscal in Parliament.Menon said such a recommendation is tantamount to humiliating women who sacrificed their lives and were subjected to rape during the country’s Liberation War in 1971.The parliamentary standing committee on Liberation War Affairs Ministry on Sunday recommended taking necessary measures to find alternatives to a female upazila nirbahi officer's presence during the guard of honour given to valiant freedom fighters after their deaths. Read: Menon seeks special allowance for elderly journalistsThe parliamentary standing committee came up with the recommendation in a meeting at the Jatiya Sangsad Bhaban with ruling Awami League lawmaker Shajahan Khan in the chair.Menon in his speech said that although the finance minister mentioned about the economic progress in his budget, but it is also true that structural weakness and corruption in health sector has been exposed for the last one year.Menon also criticised the budget for imposing VAT on private universities. Read: Menon slams govt for remaining ‘silent’ over Trump’s peace plan"The proposed budget is businessman-friendly," he said. Freedom Fighters' allowance to rise by two-thirds from next fiscal

The allowance for the valiant Freedom Fighters of the country is going to see a significant jump of 66.66% in the coming 2021-22 fiscal. However the budget allocation for the purpose would not see a massive rise as the number of Freedom Fighters fell by 23.37% in the new published partial list of the Liberation War Affairs Ministry. The total allocation for the purpose in 2019-20 and 2020-21 fiscals was Tk 3385.05 crore each. The allocation was Tk 3200 crore and Tk 2996.15 crore in 2017-18 and 2018-19 fiscals respectively. Read Obaidul calls for ending divisions between freedom fighters According to the available data, the allocation was Tk 2196.06 crore for around 185,000 Freedom Fighters in 2016-17 fiscal whereas the amount was Tk 1920 crore for 180,00 freedom Fighters in 2015-16 fiscal. For 200,000 Freedom Fighters the amount was Tk 1200 crore in 2014-15 fiscal while Tk 700 in 2013-14 fiscal. The number of government listed Freedom Fighters to be provided allowances was 150,000 in 2012-13, 2011-12 and 2010-11 fiscals. In these thee fiscals the allocated money was Tk 360 crore each. The number in 2009-10 fiscal was 125,000 where the government had to allocate Tk Tk 225 crore and in 2008-09 fiscal the allocation was Tk 108 crore for 100,000 Freedom Fighrs. READ: Govt to build 30,000 houses for insolvent freedom fighters The Prime Minister in February of this year had made an announcement while inaugurating the transfer of monthly allowance to freedom fighters and their families through electronic fund transfer system of the Bangladesh Bank that the allowances of the Freedom Fighters who are getting Tk 12,000 per month would be Tk 20,000 from the next fiscal. At that time, the number of valiant Freedom Fighters who were in the government list was 205,206.Of them, the families of martyred war heroes are getting Tk 30,000 a month, while that of war-wounded ones are getting Tk 25,000. The families of the seven Bir Shresthas, the highest gallantry award, are receiving Tk 35,000 while recipients of Bir Uttams get Tk 25,000, Bir Bikram Tk 20,000, and Bir Pratik Tk 15,000. The rest freedom fighters get Tk 12,000. READ: List of 1,47,537 freedom fighters published Wounded freedom fighters get free medical care and those without homes get housing. Freedom fighters also get five festival bonuses from the government. But in March 25, Liberation War Affairs published a partial list of Freedom Fighters containing 147,537 names while in May 9 ithas published the final list (second part) of the names of the heroic freedom fighters (FFs) including an additional 6,988 names. Liberation War Affairs Minister AKM Mozammel Haque while publishing the partial list told that the final list of freedom fighters will be published by June 30 after further scrutiny of the list of the freedom fighters who are getting allowances. According to the sources in the Liberation War Affairs Ministry, the officials of the Ministry are working to prepare the list for finalising the number of the lists of Freedom Fighters, who will get the allowances. "Soon the number and the total money will be sent to the Finance Ministry," a senior official said. Read 2,000 students receive ‘Muktijoddha Scholarship’ 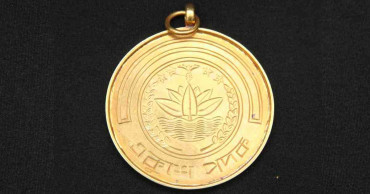 More than seven months after the publication of the new list of freedom fighters, the government has cancelled the freedom fighter certificates of 52 people. The nation is celebrating the 50th Victory Day with elaborate programmes paying deep homage to the martyrs who laid down their lives for the country during the Liberation War.   Bangladesh was born as an independent country on this day in 1971 after the Pakistani occupation forces surrendered following a bloody nine-month war.   Along with the government, different socio-political, educational and cultural institutions and organisations have chalked out a series of programmes to celebrate the day. Bangladeshis at home and abroad will celebrate the day. 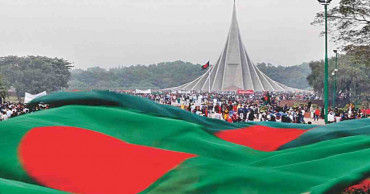 The nation is set to celebrate the 50th Victory Day on Wednesday with elaborate programmes paying deep homage to the martyrs who laid down their lives for the country during the Liberation War in 1971. No Victory Day parade this year

There will be no military parade on the Victory Day this year due to Coronavirus pandemic. The Ministry of Liberation War Affairs has urged everyone to be aware of ‘Grameen Service Bangladesh Limited’ which has been deceiving unsuspecting people.   The ministry issued a notice in this regard on Wednesday saying the company has recently issued a circular using the name of the ministry with the forged signature of its secretary.   According to the GSBL circular, the ministry permitted it to appoint two supervisors and a security guard from the union to district level through freedom fighters.   The ministry said it never gives such approvals to any private company. The GSBL circular was intended to deceive the people, the ministry said, calling it false and fabricated.   “Their goal was to deceive the people and embezzle money,” the ministry said, urging the people not to be misled.   “We’ve already taken note of the matter and are taking legal actions against them,” the ministry said.   Read Also: Two officials promoted to secretary
Freedom Fighters' rations recommended for review
Menon comes down hard on recommendation against female UNOs attending guard of honour for FFs
Freedom Fighters' allowance to rise by two-thirds from next fiscal
PM Hasina hands over Ekushey Padak
Freedom fighter status of 52 more cancelled
Nation celebrating 50th Victory Day
Nation set to celebrate 50th Victory Day
No Victory Day parade this year
Beware of Grameen Service Bangladesh Ltd: Liberation War Ministry Hope fading as deaths in Turkey, Syria quake near 12,000