Alhaj Mohsin Milon, senior journalist and president of Benapole Press Club allegedly received a death threat over his cell phone.He filed a general diary (GD) against Zahid Hasan at Benapole Port Police Station on Sunday noon seeking security, said Mohsin Milon. Read: HC rules on forming commission to recognize armed rebellions against Bangbandhu’s killingMilon said on August 4 around 1 pm, he received a call from 01919011629 while Zahid humiliated him with appalling words.Later, journalists Nazrul Islam and Kamal Hossain tried to restrain Zahid, but he started speaking more provocatively.On August 6, Zahid posted my photo on Facebook and made derogatory remarks to defame me. Not only that, Zahid is now publicly threatening to kill me, claimed the press club president.

Film actor Zayed Khan allegedly took out a pistol and threatened to shoot fellow actor Omar Sani at the wedding event of Dhallywood actor Dipjol's son.However, denying the allegation and echoing the statement of Dipjol, Zayed Khan told UNB: "This is a piece of completely baseless news. We had normal conversations. Nothing has happened between us that could lead to such false news.”According to sources, the event occurred on Friday night at a wedding ceremony at a convention centre in the capital.Dipjol, however, denied the incident to UNB when contacted, saying, "This is completely false, baseless news. It is very unfortunate that the reports came out without verifying the truth. The reported incident did not take place at all.”Dipjol added, "Is it that easy that anyone will show up at a wedding with a pistol! Everyone was checked before entering the ceremony. I was present there the whole time and whatever has been revealed or reported about this, is totally baseless.”Earlier, it was reported that Zayed Khan misbehaved with Sani’s wife, popular actress Arifa Pervin Zaman Moushumi, and Omar Sani got furious over the issue. This incident later went out of order.Omar Sani could not be reached for any comment on the incident. Also read: Appellate Division asks Zayed, Nipun to follow Chamber Judge order 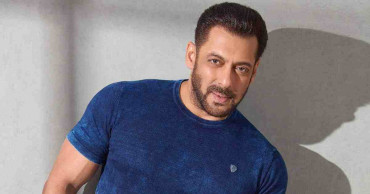 Indian authorities on Monday tightened the security for Bollywood superstar Salman Khan's and his father Salim Khan after the two allegedly received death threats. "The security for the Khan family has been beefed up in the wake of a threat letter the Khans received on Sunday," a senior officer of Mumbai Police told the local media, after he visited Salman's house this morning. In fact, Salman's father spotted the "threat letter" outside the family's house at Bandra Bandstand promenade in a posh Mumbai locality during his morning walk on Sunday. Read: Shah Rukh, Katrina test positive for Covid "You will meet the same fate as Punjabi singer Sidhu Moose Wala," the letter stated. The popular singer was recently shot dead by assailants in the state of Punjab after the local authorities reduced his security cover. Police said they were taking the threat letter seriously as the Punjabi singer was killed by suspected members of infamous Lawrence Bishnoi gang that threatened to eliminate Salman Khan in 2018. Born as Abdul Rashid Salim Salman Khan in December 1965, the superstar has acted in over 80 films in his 33-year-long career. He is the third-richest Bollywood actor, with an estimated net worth of USD 360 million. Apart from playing a range of popular roles from a romantic hero to a flashy action star, Salman is also a film producer. Salman began his career in Bollywood in 1988, with a supporting role in Biwi Ho To Aisi. But his real success came a year later after his award-winning performance in romantic blockbuster Maine Pyar Kiya. Read: JK 1971: First English-Language Bangladeshi Film featuring Independence War Action thriller Karan Arjun (1995), comedy film Biwi No 1 (1999) and the family drama Hum Saath-Saath Hain (1999) were his other commercial hits. After a brief decline in his career graph in the 2000s, Salman got greater stardom in next decade by playing the lead role in action films like Dabangg (2010), Ek Tha Tiger (2012), Kick (2014) and Sultan (2016). The 55-year-old is also a television presenter and runs a charity, Being Human Foundation. But the bachelor has a dark side too -- one of his former girlfriends accused him of abusing her, and he was sentenced to five years imprisonment in 2018 for killing two black bucks, a protected antelope species, on a hunting trip. He is currently out on bail. The husband of the woman, who was gang-raped at Sylhet’s MC College hostel in September 2020, received death threat over phone. Quamrul Ahsan, officer-in-charge of Dakkhin Surma Police Station,  said a general diary was lodged by the plaintiff of the case  (the woman’s husband) on April 4 as he received death threats over phone from unidentified person. Also read:MC College gang-rape:HC orders suspension of principal, hostel superintendent According to the complaint, on March 29, an unidentified man went to the house of the plaintiff. As he was not at his house at that time, the person misbehaved with his father and young brother. Later, the person made a phone call to the plaintiff and threatened to kill him. Besides, the family members of the plaintiff and his lawyer also received threats from some unknown people, added in the complaint. Gang-rape at MC College According to the case statement, a group of youths tied up the man and raped his 25-year-old wife at a dormitory of MC College on September 25, 2020. The accused started harassing the 25-year-old as his husband went to a shop in front of MC College, stopping his car. Next, they forcefully took the couple to one of the hostel buildings of the college, where they raped the woman. After police rescued the couple, the victim’s husband filed a case with Shahporan Police Station against nine people mentioning the names of six and three to four unnamed men. On September 30, the High Court formed an investigation committee to look into the incident. All of the accused gave their confessional statement under Section 164 of the Code of Criminal Procedure after they were taken to remand. On January 17, 2021, a Sylhet tribunal framed charges against all the eight accused in a case filed over the incident. The accused are Saifur Rahman, Shah Mahbubur Rahman Rony, Tarekul Islam, Arjun Laskar, Ainuddin alias Ainul, and Misbaul Islam Rajon, Rabiul Hasan, and Mahfuzur Rahman Masum. All of them are local activists of Bangladesh Chhatra League. And they are behind bars now. On December 3, 2020  police pressed charges against eight accused in the gang-rape case. Also read: Trial in MC College gang rape, extortion cases to run simultaneously: HC Indranil Bhattacharya, the investigation officer of the case, submitted the charge sheet before the court of Sylhet Metropolitan Magistrate Abul Kashem. According to police, they found the direct involvement of six people in the rape while two assisted in the crime. The accused who were directly involved in the crime were Saifur Rahman, Shah Mohammad Mahbubur Rahman Rony, Tariqul Islam Tarek, Arjun Laskar, Mohammad Ainuddin alias Ainul and Misbaul Islam Rajon. Rabiul Islam Hasan and Mahfuzur Rahman Masum were accused of assisting them. On November 30, police received the DNA report of the MC College gang-rape and found the involvement of some accused.