Hilsa catching, selling and transportation resumed on Saturday after a government ban for 22 days. A total of 600 maunds of Hilsa came to Chandpur’s Bara Station Fish Ghat, the biggest Hilsa market of the country, from Hatia, Bhola, Charfasion and other coastal areas on trawlers and ships since this morning, A Bari Jamadar Manik, President of the Chandpur Fisheries Association, told UNB Chandour correspondent. Besides, Hilsa from the confluence of the Padma and the Meghna rivers in Chandpur also arrived at the market in small amounts. Visiting the market, UNB found that most of the Hilsa weighted 800 g to 900 g. A 900g Hilsa fish was selling at Tk 900, while 1kg and 2kg Hilsa were selling at a rate of Tk 1,100 to Tk 1,500. Many people were seen buying fresh Hilsa and sending them off to various places across the country. “I’m taking around 50-60 maunds of Hilsa to Jamalpur via Karwan Bazar, Tongi, Baipail and Gazipur on my truck,” said Azizul Haque, a truck driver. The 22-day government ban on hilsa catching, selling, hoarding and transporting came into effect on October 7, with a view to boosting its production. The ban covered hilsa sanctuaries in six districts -- Barishal, Chandpur, Laxmipur, Bhola, Shariatpur and Patuakhali. During the ban, around 50,000 fishermen remained unemployed and were allocated 25kg of rice each, which was not enough for them, said local fishers. Read: Chandpur fishermen gear up to catch hilsa as ban ends on Friday midnight Taukir Ahmed, an official from the control room of the district fisheries office, said around 212 fishermen were sent to jail during the ban period in 178 cases. Besides, 41,855 metres of current nets were seized and destroyed, said head of Chandpur Naval Police Mohammad Kamruzzaman. Hilsa, the national fish of Bangladesh, is recognised as a certified patented product of Bangladesh. The marine fish goes to rivers in Bangladesh to lay eggs. The fish is very popular both in Bangladesh and West Bengal. About 75 per cent of the world's hilsa is netted in Bangladesh. Chandpur is considered one of the largest trading hubs of hilsa in Bangladesh as the fish from the Padma river is much more popular than the ones that come from other rivers. Nearly 6 lakh people of Bangladesh are involved in catching hilsa directly while 20-25 lakh people are involved in transporting, selling and other activities indirectly. Thanks to government initiatives, production of hilsa has increased to 5.65 lakh metric tonnes in 2020-21 fiscal year while it was 2.98 lakh metric tonnes in 2008-09 FY. Last year, nearly 51.76 percent of mother hilsa were able to lay eggs during the ban period, boosting production and hilsa export to India.

Fishing in Rangamati's Kaptai Lake will resume Wednesday midnight at the end of a ban of more than three months, 108 days, imposed by the local administration to boost fish production. The decision was taken at a meeting presided over by Deputy Commissioner (DC) Mohammad Mizanur Rahman Wednesday. Bangladesh Fisheries Development Corporation (BFDC) Manager Lieutenant Commander M Touhidul Islam said: "We usually impose a three-month ban on fishing in Kaptai Lake from May 1 to July 31. All kinds of netting, marketing, preserving, drying and transporting of fish from the lake are banned during the period to allow the fish population to thrive. This year's three-month ban on netting, marketing and transportation of fish from Kaptai Lake had to be extended till August 16 to help breed and rejuvenate fish stocks as the water level in the freshwater lake did not rise enough. However, the water in the lake is now slowly rising, Touhidul said. According to BFDC around 7,672 tonnes of fish were caught in the fiscal year (FY) 2015-16, 7,981 tonnes in FY17, 8,123 tonnes in FY18, 8,423 tonnes in FY19 and 8,549 tonnes in FY20, and 8,000 tonnes in FY21 from Kaptai Lake. Around 22,000 fishermen are dependent on the lake. Alsor read: Kaptai Lake: An artificial lake surrounded by natural beauty

Fishermen return to sea after 65-day ban on fishing

The fishermen in the coastal districts on Sunday started to go to the Bay as the 65-day ban on fishing imposed by the government has been ended. The ban was imposed on May 20 to ensure smooth breeding of fish which was lifted on Saturday. UNB Bhola correspondent reports: Many fishermen started gathering at Samraj, Monpura and Dhal Char area of Char Fashion in the morning to go for fishing in the sea again with nets, ice and food for a week. After fishing in the sea for the next seven to eight days they will return. According to Bhola Fisheries Department, the production of hilsa will increase this year due to this ban and the fishermen will be able to recover the losses. Read: 65-day fishing ban in Bay: 16,752 tonnes of VGF rice allocated for fishermen There are 63,954 registered fishermen in Bhola who remained jobless during the ban period. The government allocated 16,752 metric tonnes of rice under the Vulnerable Group Feeding (VGF) programme to assist the families of 2, 99,135 registered fishermen in 67 upazilas of 14 districts and Chattogram city during the 65-day ban on fishing in the Bay. The Ministry of Fisheries and Livestock allocated the VGF rice. The upazilas under the ban include—Batiaghata, Dakope, Paikgachha Koyra, Dumuria, digholia and Rupsha of Khulna district, Mongla, Morelganj and Sharankhola in Bagerhat district, Ashashuni and Shyamnagar in Satkhira upazila, Bashkhali, anwara, Mirsarai, Sandwip, Karnaphuli, Sitakunda, Chattogram city of Chattogram district, Sadar, Chakaria, Maheshkhali, Ukhiya, Pekua, Kutubdia, Teknaf and Ramu upazilas in Cox’s Bazar district, Hatia, Sadar, Subarnachar and Companyganj in Noakhali district, Sonagazi upazila in Feni district, Ramgati, Sadar, Kamalnagar and Raipur upazilas of Laxmipur district, Mehendiganj, Bakerganj, Hizla, Sadar and Ujirpur upazilas in Barishal district, Razapur upazila in Jhalakathi district, Sadar, Patharghata, Amtoli and Taltoli upazilas of Barguna district, Sadar, Mathbaria, bhandaria, Najirpur, Nesarabad, Kaukhali and Indurkani upazilas of Pirojpur district, Sadar, Kalapara, Baufal, Dumki, Mirzaganj, Galachipa, Rangabali and Dashmina of Patuakhali district, Sadar, Borhanuddin, charfashion, Doulatkhan, Lalmohon, Tajumuddin and Manpura upazilas in Bhola district.

The forest department has announced a three-month ban on tourism and fishing in the Sundarbans from June 1. "These three months are the breeding season for most of the species of fish and hence the imposition of the ban in accordance with the Integrated Resources Management Plan (IRMP)," said Md Belayet Hossain, divisional forest officer (DFO-east) of the Sundarbans. “The forest department has already stopped issuing entry permits to implement the ban, and vigil in the mangrove forest will also be increased,” he said. Also read: Six held for illegally netting fish in Sundarbans Usually the ban remains in force from July 1 to August 31. "But this year we are imposing the ban a month before in coordination with the Ministry of Fisheries,” the DFO said. "This ban will help in the breeding and preservation of fish," he added. ln the 6,017 sq km Bangladesh part of the Sundarbans, there are 210 species of white fish, 24 species of shrimp, 14 species of crabs, 43 species of Mollusca and one species of lobster. Also read: 7 fishermen held for illegally catching fish in Sundarbans

Fishing ban in Meghna: Fisherman killed in clash with police

A fisherman was shot dead  and five others injured in a clash between river police and fishermen who were allegedly fishing in the Meghna River defying a government ban in Sadar upazila of Laxmipur district early Sunday. The deceased was identified as Ameer Hossain of Kutubpura Matlab Bari in Bhola district. Kamal Hossain, sub-inspector of River Police,  said a team of River Police conducted a drive in the Meghna River as a two-month ban on catching fish is going on. READ: 22-day Hilsa fishing ban: 5,533 jailed, Tk243 crore net seized When the patrol team of River police reached at Maju Chowdhury Haat, 50-60 fishermen from five-six boats encircled the team and started to hurl brick chips targeting police. To bring the situation under control, police fired bullets, leaving Ameer injured. He was taken to Sadar Hospital but the doctors referred him to Dhaka following deterioration of his condition. Meanwhile, Ameer died on the way to a Dhaka Hospital.   Five people including four policemen were injured during the clash and they were given first aid.

A fisherman and his son went missing while fishing  in the Karnaphuli River near Evergreen Ghat in Chattogram on Sunday. They are Tapan Das, 45  and Samir Das,15 of Kolagaon in Patia upazila. Read: Fisherman goes missing as boat sinks in Arial Khan Senior officer of Nandakanan Fire Service Mohammad Ali  said Tapan, his son Samir and another one went to the Karnaphuli River for fishing around 5 am. At one stage, Samir fell into the river first and when Tapan jumped into the river to rescue his son their boat sank. On information, divers from the local Fire Service rushed to the spot and conducted a rescue operation.

The local administration has imposed a three-month ban on netting, marketing and transportation of fish from Kaptai Lake from May 1.  The decision was taken on Monday (April 26, 2021) at the office of Deputy Commissioner  to help breeding and rejuvenate fish stocks in the freshwater lake.  Rangamati Deputy Commissioner Mizanur Rahman presided over the meeting while BFDC Manager Touhidul Islam, additional deputy commissioner Shilpi Rani Roy, District Fisheries Officer Sribash Chandra, among others, were present at the meeting. Also read: 30-ton fish fry to be released in Kaptai Lake: BFDC The ban was imposed to ensure natural breeding of carp fish, said Mizanur Rahman.  Some 22,250 people who depend on fishing in the district will get food assistance during the ban period through a special VGF Card.  Every year, the government imposes a three-month ban on fishing, marketing and transportation of fish from Kaptai Lake aiming to  ensure natural breeding of fish.  River police will be deployed to check illegal fishing, marketing and transportation through mobile court. Also read: Fishing resumes in Kaptai Lake after 90-day ban  The Deputy Commissioner also urged all to refrain from fishing as legal action will be taken in case of violation of the order.

Govt bans fishing in Bay of Bengal for 65 days

The government has imposed a 65-day ban on fishing off the Bay of Bengal to try and preserve the fish stock and boost their breeding.  The ban – lasting from May 20 until July 23 – is timed to occur with the breeding season. All types of fishing vessels will be covered by the restriction. Also read: Bay fishing ban made 70pc fishermen jobless: COAST The Ministry of Fisheries and Livestock issued a notification in this connection on April 13 considering the breeding of sea fishes and their conservation. Also read: 12 fishermen jailed for violating hilsa fishing ban Fishing in all coastal countries across the remain prohibited for two to three months during the breeding season as it is essential to ensure a safe environment for mother fishes during this time. 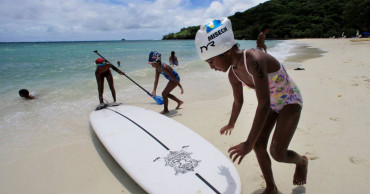