As the government is set to start vaccinating schoolchildren at the end of this month, experts have found it unrealistic since many elderly people still remain out of the Covid vaccination coverage.

Since the country does not have adequate vaccines in stock, they said, the government should first take an effective strategy to vaccinate most of the senior citizens as a top priority because this group is the most vulnerable to the virus infection and death due to their comorbidities and weakened immune systems.

The analysts said the government can launch a special vaccination drive targeting people aged over 60 and above before giving jabs to school students.

They also said schoolchildren, aged 12-17 years, should be given the jabs when there will be adequate vaccine stock in the country since maintaining health safety rules is now enough to keep them safe due to their strong immune protection.

The government has a plan to start inoculating the schoolchildren in Dhaka city from October 30.
According to official data, there are more than one crore schoolchildren, aged 12-17 years, including around 6.15 lakh in the capital.

After vaccinating the schoolchildren in the capital, the government will continue the same campaign in other cities and districts gradually.

According to an official at the Directorate General of Health Services (DGHS), the government has a total of 30 lakh Pfizer jabs now in hand to vaccinate the children.

On October 14, 111schoolchildren were given Pfizer's Covid-19 vaccine in Manikganj as part of a trial run.

Talking to UNB, DGHS spokesman Dr Robed Amin said it is necessary to vaccinate children as their schools have been reopened.

He said the virus may spread among the schoolchildren if they remain out of the vaccination coverage. ”If the kids get infected outside home, they can infect their family members, including the elderly ones. So, children’s vaccination is essential,” Robed noted.

He said they are going to vaccinate the schoolchildren with an aim to stop the source of a further outbreak of the virus.

ormer Regional Advisor of World Health Organisation (WHO) Muzaherul Huq said it is an unjustified move to vaccinate children and adolescents before bringing most of the elderly people under the vaccination coverage.

“The children have a very strong immune system and they can easily beat the virus. The mortality rate among children in our country is almost zero,” he said.

Mozaherul said children are less susceptible to coronavirus due to their strong natural virus resistance power. “They’ll remain protected if they only maintain health safety rules. So, it would be unethical to vaccinate children, excluding those who are vulnerable to death from coronavirus infection.”

According to WHO guidelines, he said, the elderly people must be vaccinated first and then those who are suffering from chronic diseases and those who are at risk with the underlying health conditions.

“If there are enough vaccines, the government can give that to everyone at the same time, but we don't have enough jabs. So, we should gradually vaccinate people from top to bottom based on age.”

Dr AM Zakir Hossain, former director of the Institute of Epidemiology, Disease Control and Research (IEDCR), said he is also against vaccinating children right now.

“I think we should now prioritize vaccinating elderly persons and those who have comorbidities,” he said.

Dr Zakir said the government should use the vaccines it has now in an effective way to save people who are the most vulnerable to the virus. “We can vaccinate the children when we will have adequate stock of the jabs.” 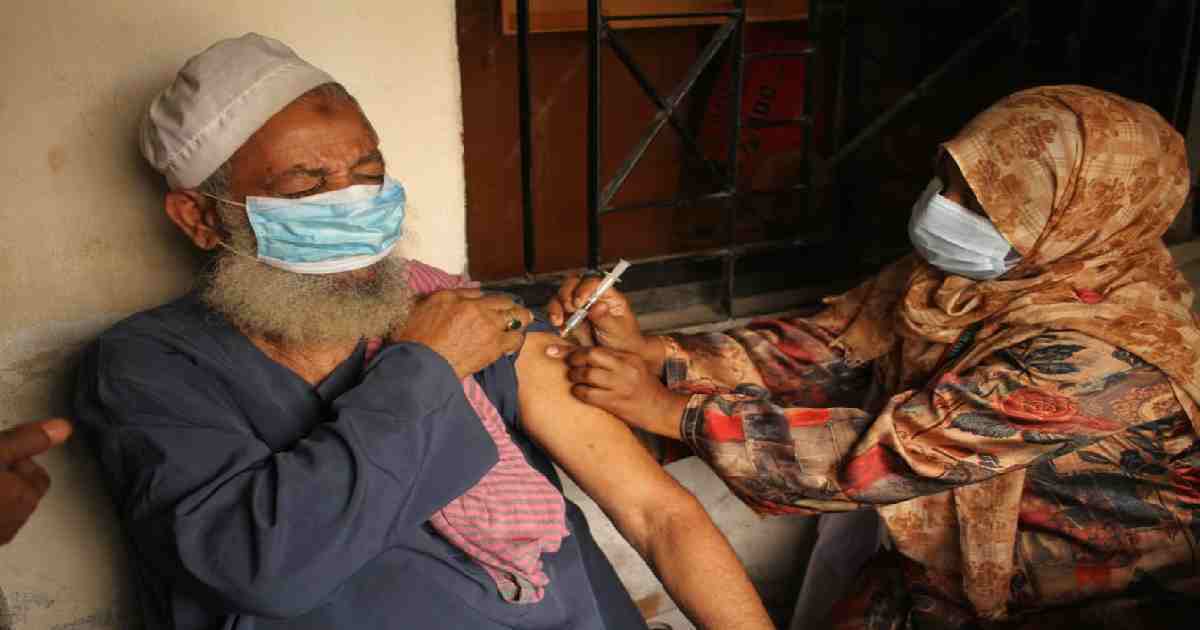 Public health expert MH Chowdhury (Lenin), chairman of the medicine department at the Health and Hope Hospital, said all countries in the world are vaccinating senior citizens first to save them from Covid. “But it’s unfortunate that our elderly people were not getting the top priority. Many senior citizens in rural areas are yet to be vaccinated.”

“A significant proportion of people who have died from Covid-19 in Bangladesh are aged 60 and above. “So, we should now ensure the vaccines for this age group first,” Lenin said.

He said there are around 1.32 crore people, aged 60 years and above, in the country, but at best 20 lakh of them have so far received the vaccines under the national immunization programme.

“So, we’re far behind in vaccinating those who are supposed to get top priority.”

He said the government can soon launch a special vaccination programme only for the elderly people to bring most of them under the vaccination coverage.  “The special vaccination drive can be for two or three days with a target of inoculating at least 80 lakh people who are 60 years of age and above.”

During the special drive, Lenin said, the government should form a mobile team in every ward or union to vaccinate older people who are unable to come to vaccine centres.
Booster dose may require

Muzaherul said the government should target to bring most of the elderly people under the vaccination coverage at the earliest as they may need to take booster dose later.

“The antibody that developed through infections or vaccines can decay in the course of time. Usually, the antibodies of the elderly people can wear off fast," he said.

Dr Zakir Hossain said elderly people died more than others from Covid as their immune system is weaker. “Juts a low level of antibody is developed among elderly people after vaccination. That’s why elderly people are given booster doses in some countries,” he said.