Saint Martin's Island is one of the most admired tourist places that get into the itinerary of travelers while planning long tours inside Bangladesh. This is the only coral island in the southernmost part of the mainland of Bangladesh, awake with the wonder of thousands of tourists. 9-km south of Teknaf in Cox's Bazar, at the estuary of the Naf River, this small island is proudly announcing its existence with an area of only 3 sq-km. The travel feature is created this time with details of this place of interest. Let’s have them.

How Saint Martin's Island got its name

Professor Mostafa Kamal Pasha and Professor Sheikh Bakhtiyar Uddin of the Department of Botany, University of Chittagong researched on Saint Martin's Island. According to Kamal Pasha, the island came to the notice of Arabian traders 250 years ago during trade with Southeast Asia. They then named the island 'Jazira' which means peninsula. Later the locals started calling it ‘Narical Gingira’ which means ‘Island of Coconuts’.

The island was annexed by British-India during a land survey in 1900 during British rule. Professor Bakhtiyar Uddin claimed that the island was named after Martin, the then Deputy Commissioner of Chittagong. But according to the Bangladesh Tourism Corporation's website, Martin was a Christian saint. However, the name of this saint later became associated with the island.

Read The Most Beautiful Tea Gardens in Bangladesh to visit

Why you should visit Saint Martin's Island

At first, flying and playing in the foamy sea of white Gangchils on the sea route from Teknaf to Saint Martin island will give you an intro to the upcoming endless joys. Although it consists of seven different neighborhoods, each of them is woven in a single thread-like pearl necklace. In the afternoon with a cup of tea, you can witness the best sunset of your life from the west coast of the island. There is no alternative to West Beach to dive into Saint Martin. Spend the morning on East Beach. East Beach takes on a magical look when the first rays of the sun catch your eyes by climbing the mountains of Myanmar.

Chheradwip is formed by relying on corals in the southernmost part of the island. It is called Chheradip because it gets separated from the main island during the monsoon season. In addition to sea and sunbathing, Saint Martin is also a great place for scuba diving, snorkeling, and barbecue. If you don’t stay there for at least one day, you will have to come back with lots of regrets. 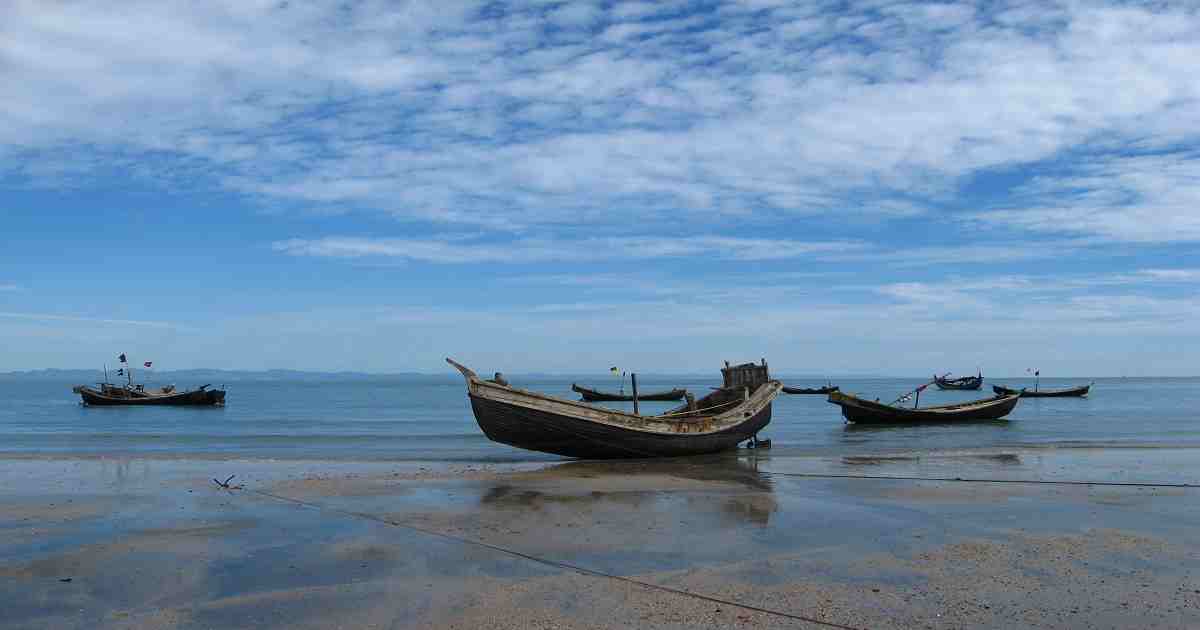 When to visit Saint Martin's Island

Ships usually sail from Teknaf during these five months from November to March or April. For other times, you have to use trawlers or speedboats. Moreover, the sea is rough at times other than winter. Therefore, it is comparatively safer to travel Saint Martin's Island during the winter season.

First, you have to reach Teknaf under Cox's Bazar district. You can take a bus from Dhaka's major bus stands, including Kolabagan, Fakirapul, or Sayedabad. Buses from several companies such as Saint Martin Paribahan, Shyamli, Eagle, Modern Line, Green Line, etc leave for Teknaf every day. Depending on the type and quality of the bus, the ticket cost is 900 to 2,000 Tk. It takes 10 to 12 hours to reach Teknaf Jetty.

If you want to save time and get on the plane, you can reach Cox's Bazar within 1 hour. In that case, the cost will be 4200-11,000 Tk depending on the category of the plane. Then you can reach Teknaf on any bus going to Teknaf or with a microbus within a maximum of two and a half hours. The bus fare is 140 Tk, and if you reserve a microbus with 8 to 10 seats, it will cost 2500-3000 Tk.

Whichever way you travel, remember, the ship leaves Teknaf Jetty at 9:30 am for Saint Martin. Therefore, you have to be present at the jetty an hour before for the ticketing formalities. Several ships left Teknaf for Saint-Martin, including Green Line, Keari Sindbad, Keari Cruise. Depending on the ships and their class, the rent is up to 650 to 1600 Tk. After a two-and-a-half-hour voyage, the ship reached Saint Martin's Island at 12 pm. They start to return at 3 pm.

Where to stay when visiting Saint Martin's Island

The rent here varies from 1,500 to 15,000 Tk depending on the type of hotels and rooms. No matter when you go if you want to stay in these hotels, you better book in advance, otherwise, you may face many problems.

Read Message to Zoo Visitors: Don't feed the Wildlife your food for the good of both you and them

You can also talk to the locals directly during the tourist season and stay at their homes. The rent differs according to the season, but usually, a good room can be found for 200 to 500 Tk.

Saint Martin, the only Coral Island of Bangladesh

When you visit Saint Martin's island, you should definitely try the delicious green coconut, locally called 'dab'. This island is no less than a heaven for those who love to eat fish. Here different kinds of fishes like Coral, Kalachanda, Sundari Poya, Rupchanda, Lobster, Hilsa, etc are waiting with diverse flavors.

Almost all the hotels and resorts have the option for barbecues by choosing fish as the tourists like. And if you have the opportunity, you can try the curry of local chicken, which is called 'Kura'.

What is more? This island also abounds with different kinds of dried fishes (locally called 'Shtki') like Laita, Churi, Rupchanda, Kachki, etc. Many curious tourists visit the dry fish market in Saint Martin's island to watch and experience the procedure of drying fish. You can eat your favorite dry fish there and purchase some amounts for your home for later consumption.

Do not forget to carry your national ID card with you while visiting Saint Martin's Island. Because there you may experience checking initiatives by the law enforcement persons to prevent Rohingya infiltration.

Be careful when walking on coral. Otherwise, your legs may get injured.  It is better not to go deep down the water even during the low tide. Since you have to go by sea, get to know the local weather well before you go. Wear a life jacket while navigating.

It is true that everyone goes to Saint Martin's Island to have fun. But stay conscious so that your enjoyment does not cause any harm to others. Most importantly, don’t do anything that could damage the island's ecosystem. Especially, avoid throwing plastic or any kind of garbage on the beach, and sea.

The desire to visit Saint Martin Island, the endless marvel of nature, never runs out despite repeated visits. We should try to preserve this place with its own natural beauty; so that our future generations can enjoy the captivating beauty of this island with the same fascination.

Trawlers with 24 fishermen capsize in the Bay, one dies