A 20-year masterplan will be adopted by the government to return life to the rivers surrounding capital Dhaka -  by preventing their pollution, ridding them of illegal occupation and long-term beautification.

Work is already underway to remove illegal establishments along the rivers and building walkways and through afforestation.

Besides, the government plans to generate electricity from river waste and to take steps in closing the sources of river pollution, said sources within the Ministry of Shipping.

The masterplan which also aims to increase the navigability of rivers alongside preventing river pollution and encroachment, is currently in the final stages of being drafted.

The masterplan has been prepared by reviewing the current situation of the tributaries, rivers and canals of Dhaka and the surrounding districts.

According to the draft plan, the status quo will be developed in four steps, through a 1-year crash program, a short term plan of three years, a middle term plan of 5 years and a long term plan of 10 years.

According to Bangladesh Inland Water Transport Authority, around 113 acres of illegally occupied land belonging to rivers has already been regained as part of the process.

In the first phase, 10,000 boundary pillars, 52-km walkways, 3 eco parks and 19 jetties will be constructed on the banks of the rivers freed by the eviction drive.

The project will cost Tk 800 in crore in the initial stage as per the draft, added the sources.

Emphasis has been given to build eco-parks on the banks of the Buriganga and Turag to attract tourists. 
Besides, there are plans to build a helipad in Kholamora area of Keraniganj.

When contacted, the chairman of the river protection task force committee, LGRD Minister Md Tajul Islam, confirmed the masterplan was in the works.

“The master plan has to be implemented step by step. In the first stage the rivers have to be dredged. The river beds have become high due to siltation, they have to be taken to the previous place. The water is contaminated, it needs to be treated. Sources  of pollution should be shut off permanently,” he said.

He added that measures are also being taken to ensure that household and industrial wastes do not flow into the river.

Besides, a revised Regional Development and Protection Programme (RDPP) has been sent to the Ministry of Shipping with a few amendments from the initial one, with the aim of building a scenic and efficient shipping system around Dhaka.

The cost of the RDPP itself has been estimated at around Tk 1,181 crore.

Tajul Islam also revealed that a decision has been taken to approve the draft masterplan. The draft will later be presented to Prime Minister Sheikh Hasina for final approval. 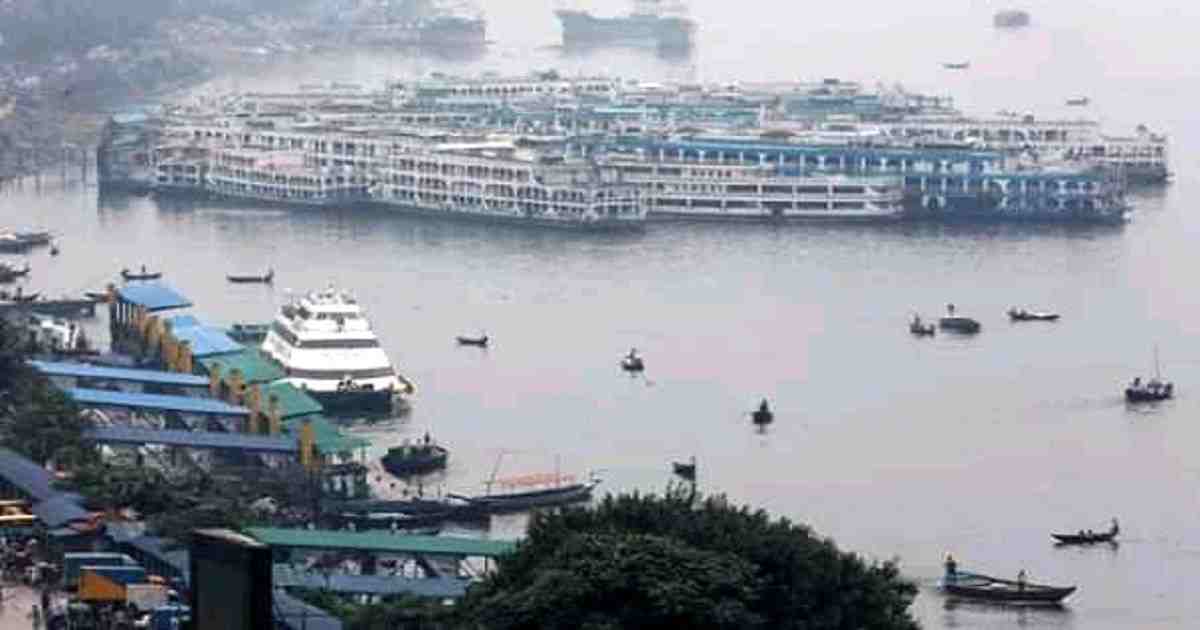 Starts with a crash

Initially, the crash program will be implemented. For this, the banks of the river are being vacated and walkways will be constructed. Then the sanitation work will  start under the leadership of WASA.

The sewerage line of Dhaka is also to be fixed in this master plan so that the polluted water does not go into the river.

Tajul Islam added that the authorities are also considering the ways to convert river pollution into electricity.

In this regard, BIWTA Chairman Commodore Golam Sadeq said that the project has been undertaken to implement the masterplan for the development of waterways around Dhaka city.

Already construction of a 3.50 km walkway, 3,000 permanent boundary pillars and countless tree plantations have been completed under the project  .

“The  project will have 6,572 permanent boundary pillars, 60 RCC jetties, 291 seating benches, 14 heavy jetties, parking yards and various infrastructures including an ecopark. If the project is implemented, river occupation will be prevented and passenger and freight transport systems will be created in a beautiful environment,” BIWTA chairman added.